Zandie Brockett Curator, Founder of the featured project 八家 BaJia Zandie Brockett is a Beijing-based curator and writer hailing from Los Angeles. She is the founding curator of Bactagon Projects, a platform that supports cultural engagement in China through cross-disciplinary research projects. She serves as the Editor-in-Chief of the platform’s independent publication, 八家BaJia, and oversees A.M. Brainstorm, its monthly conversation series and live-recorded podcast.
Bactagon Projects 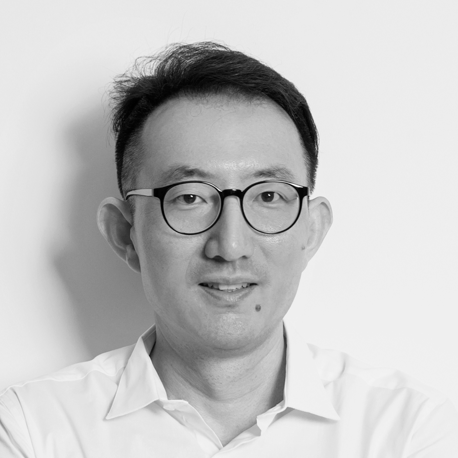 Hao Dong Architect / Beijing22 Talks: #1 Peripheries Hao Dong holds a Bachelor degree in Architecture from the Beijing Institute of Civil Engineering and Architecture, and a Masters degree in Architecture from Pratt Institute, New York, USA. In 2002, he returned to China and started practicing and teaching after living and studying in the United States for almost 5 years. Besides working in one of the biggest state-owned design enterprises, Beijing Institute of Architectural Design (BIAD), he co-founded the practice of Crossboundaries, based in Beijing. He is regularly teaching at the Central Academy of Fine Arts (CAFA) and recently also at Tsinghua University, Hao Dong is managing director of the office in Beijing.
Crossboundaries

Lv Dwen Political sociologist / Beijing22 Talks #1: Peripheries Lv Dwen is a political sociologist, a researcher at the rural governance institute of Wuhan University and CITIC Foundation for Reform and Development Studies. He has overserved and studied street enforcement and governance of urban grey areas in China and has published the book “Governing the peripherals” in 2017. In the Beijing22 Talks, he shared his observations on how state enforcement is challenged by the booming migrating population emerged through Chinese urbanization. 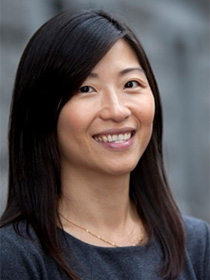 Pak Lei Gladys Chong Assistant Professor / Beijing22 Talks #3: Ten Years after Assistant professor at the department of humanities and creative writing at Hong Kong Baptist University. She was a fellow at the International Institute for Asian Studies in the Netherlands.
Profile at IIAS

Jiujiu Artist / Featured exhibition “Fantastic Grounds” Architectural renders form the cornerstone of public communication in contemporary architecture. An overabundance of visual content has produced a fixation on architectural representation, rendering techniques in particular. Computer generated imagery is no longer an intermediary between an idea and its realization, but a finished product on its own. With his exhibition “Fantastic Grounds”, Jiu Jiu captured the universal language and the fascination of these highly-glamorized abstraction of the world we live in.

Sam Kay PhD candidate, Ohio State University / Beijing22 Talks #4: Green Belt Sam Kay has taught at Tsinghua University, and is the recipient of Fulbright and Blakemore fellowships. He currently is writing his dissertation about "Uprooting People, Planting Trees: Disentangling Beijing’s Poverty Belt and Greenbelt". His work focuses on the intersection of urbanization and politics of the environment.

Wang Kuan Architect, Author and Artist / Beijing22 Talks #2: Science Fiction Senior architect of the Beijing Urban Construction Design & Development Group Co., head of the "Kuan Architecture Bureau". He received the "Next Landmark Award" at the 13th Architecture Biennale in Venice in 2017 and won the German "Red Dot Award" in two categories in 2016. He is also project leader for both the 2022 Winter Olympics Information Center in Zhangjiakou (Hebei) and Beijing Park at the 2019 World Garden Exhibition.

Cheng Lei Anchor, CGTN / Beijing22 Talks #3: Ten Years after Cheng Lei began her career in finance in Australia at Cadbury Schweppes and ExxonMobil from 1995 to 2000. Returning to China in 2001 Lei gained a taste for the stories behind China’s fast-changing economy. Her sixteen year-long journalism career began at CCTVNEWS in 2002, after which she was China correspondent for CNBC from 2003 to 2012, winning a New York Festival bronze award for her series covering Beijing just prior to the 2008 Olympics. Cheng Lei now anchors the Global Business show on CGTN.

Jennifer Lindsay Curator / Initiator of the Feijiacun Archive Demolitions hit Beijing’s art scene in 2017: Heiqiao, or Black Bridge, a farming village near the 798, Songzhuang, the largest artist colony in China or Iowa, an artists’ community in Caochangdi: Several studios in these places where demolished, displacing thousands of local artists. Jennifer Lindsay took on the task to document what this demolitions means for the art community in Feijiacun, where she worked as residency director for Red Gate Residency, one of the oldest residency programs and tools for international art exchange in China.

Li Pengfei Scientist / Beijing22 Talks: #1 Peripheries Li Pengfei is a scientist, writer and lecturer on urban governance and new urbanism. He is currently a research scholar at the University of Hong Kong.

Alessandro Rolandi & Ma Yongfeng Artists / UnCUT Talks UNCUT TALKS will provide an un-edited, raw archive of opinions and ideas coming from individuals engaged in experimental fields such as contemporary art, social innovation, etc. This open platform collects, and makes available for everyone to listen to, hours of conversations among interesting people in China and around the world on some of the most challenging and provocative topics of our time.

Han Tao Architect / Beijing22 Talks #2: Science Fiction He is Associate Professor and Director of the Postgraduate Program at the Faculty of Architecture of the Central Academy of Fine Arts (CAFA) in Beijing, Deputy Secretary-General of the Committee of Architectural Art of the Chinese Artists Association, and Founder and academic director of the Beijing-based research institute.

Xiaoxiao & Lengyue Artists / Featured exhibition “Teleport Beijing” Lengyue and Xiaoxiao created a gymnastic system corresponding to the shapes of the subway exists on Beijing subway map. Each subway stop had its own movement and the series of all subway stops make up the Beijing subway gymnastic system. People using the subway are starting at one point going through different subway stops until the terminal station, which will make up their gymnastic routine. ( A routine made up of a set of subway movements) The movement of sitting on the subway is transformed into a “ritual movement”, like a subway ritualism. 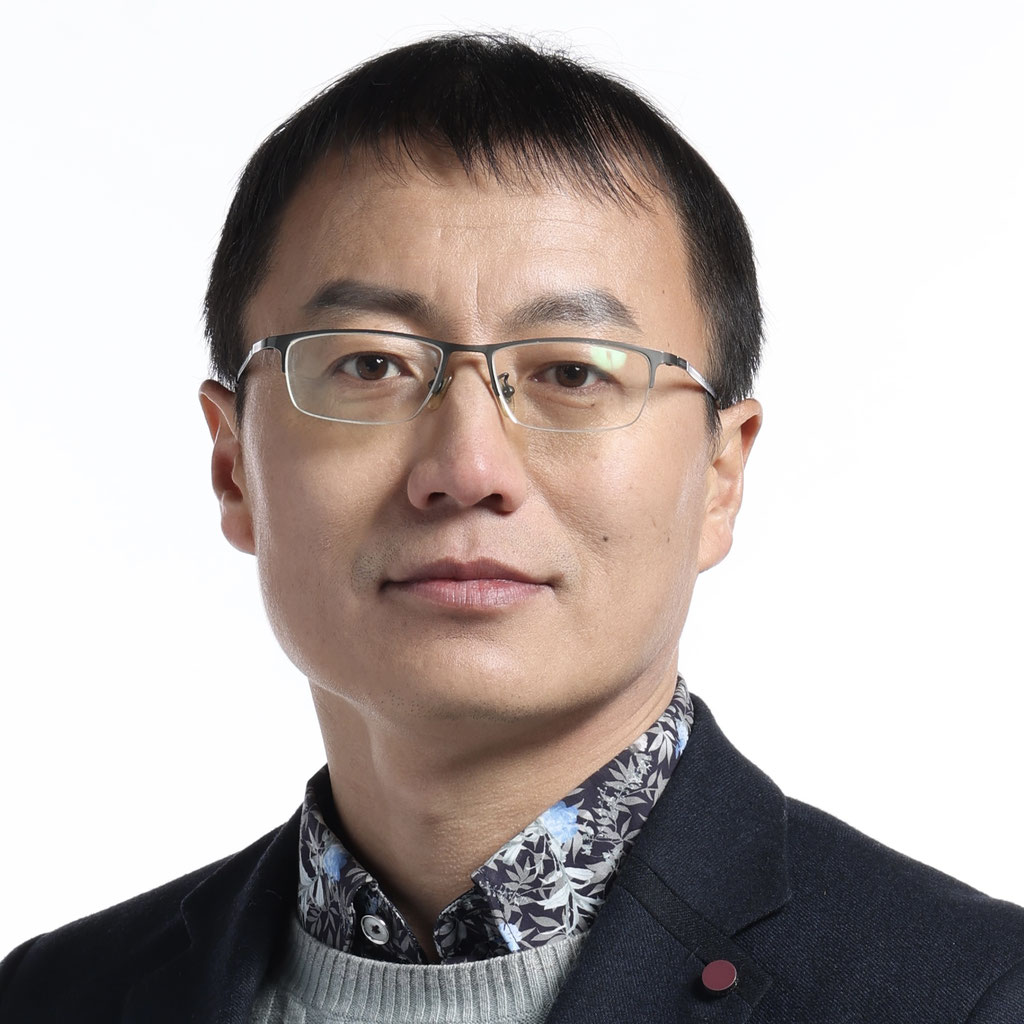 Che Fei Dean of architecture at the Beijing Institute of Fashion Technology and founder of the CU Office. He published are series of monographs including "Concussion" in 2009, "Social Spatial Transformation in Beijing: concepts of urban spaces" 2013.

Céline Lamée is a Dutch graphic designer, whose work not only utilizes strong forms, but also quick-witted humor to devise clever visual solutions. She studied at ArtEZ in Arnhem, the Netherlands and has lead workshops with students in both the Netherlands, UK and China. After six years of experience at the renown Dutch design company, LAVA, she decided to leave the Amsterdam office to try her Chinese luck, by founding the company's Beijing office in 2013. In their work they try to connect eastern and western visual culture in an interesting way.

Zhang Han is the Country manager and Executive editor of ArchDaily China. She is responsible for the opening up of Chinese architecture to the international architectural discourse. With over ten years experience as an architect and business consultant in China and aboard, she is the founding partner of Maison h, a multi-disciplinary design ﬁrm based in Beijing and The Netherlands. She holds a degree in Corporate Finance from Monash University and a Bachelors and Masters degree in Architecture from the University of Melbourne.

Goethe Institut Organization
For over 60 years, the Goethe-Institut has enjoyed an outstanding reputation, both in Germany and abroad, as Germany’s dialogue partner with the world, supporting projects with an exceptional profile and major public impact. Boasting a global network, it pursues close and long-term cooperation with educational and cultural institutions. Beijing22 is supported by the Goethe Institut.